The latest instalment of FIFA 18 has introduced a new Ultimate Team game mode that has got everyone talking – and it may just be the best addition to the long-running franchise in a very long time.

Not many people would argue the fact that FIFA had just started to get a little bit stale, but the new Squad Battles mode has provided fresh excitement for both online and offline players and given a new means to win prizes, earn coins and improve your Ultimate Team. 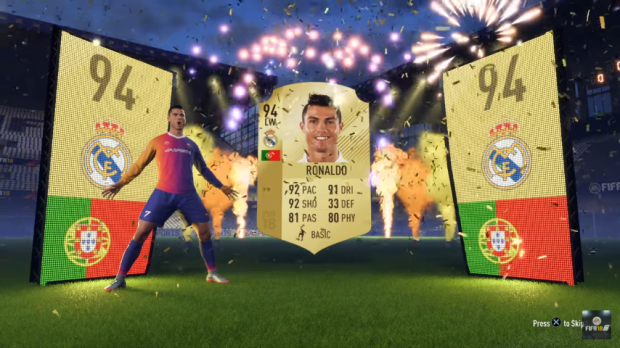 What are squad battles?

Squad Battles are a new week-long game mode that allows players to face off against AI Ultimate Team squads built by fellow gamers, with a victory earning points based on the difficulty level selected. The higher the difficulty, the more points you accrue, the more points you rack up each week, the higher your rank. That rank then determines the rewards you will take home at the end of the competition.

The matches available to play reset every day, and more regularly over the weekend, while you can also challenge the squads of real players, which have so far featured Antoine Griezmann, Thomas Muller and Dele Alli.

How many matches can I play?

Each day four new AI squads are available to challenge, and you have a 24 hour window in which to play them. You can only play against each squad once.

However, on Saturday and Sunday there is an extra reset, at 5pm BST each day, which means you can play eight matches per day over the weekend.

When are rewards released?

Each weekly Squad Battles round ends at 1am BST on Monday morning, or 5pm PST/8pm EST on Sunday evening if you’re on the other side of the Atlantic.

Rewards are released moments after that deadline passes, though you may have to exit Ultimate Team and go back in for them to appear. Click on Squad Battles and a message should appear saying your rewards are ready to be claimed. Any packs won will then be sent to the store where you can open them. The next week’s round of games will be available once again after 1am on Monday, starting the grind all over again.

What difficulty should I play on?

Each difficulty setting comes with a skill level multiplier that significantly affects the amounts of points you earn. Ultimate difficulty will multiple your score by a factor of 2.6, Beginner will half it at 0.5.

There is little reason to play at any difficulty setting below Professional (1.0 multiplier), while Ultimate ramps up players’ abilities to such an extent that you have to be extremely good to win, and it makes more sense to test yourself on Legendary (which only has a marginally lower multiplier anyway). As a rule of thumb, winning 5-0 on Professional earns you roughly as many points as a 1-0 win on World Class.

Pick and choose your battles

You can view each squad before you battle them, which allows you to be a little tactical about which difficulty setting you play on. If you’re coming up against Lionel Messi and Cristiano Ronaldo on 100 chemistry, stick to professional.

Tips for winning on legendary

The Legendary setting strikes the best balance between difficulty and points, though it can still be very testing – especially when the opposition players start pressing aggressively and go ultra-attacking.

The key is to remain calm in the first half, try and nick a lead, and then let the AI start making errors. Break the first press of attackers (switches of play are very useful) and you’ll find a lot of space. If the AI is losing in the final 20 minutes, they change to an ultra-attacking formation with just two centre-backs. Counter-attack well and you should score a few more goals and see out the win. Now go have some fun!