myadmin | 4 years ago | No comments yet

With the previous weekly drop of limited time items, Primetime Performers, Madden 19 has introduced a new promo to go along with the playoff season entitled Playoff Performers. The latest cards are comprised of special players from the past year who put in a solid effort to help their team out during the postseason. The latest drop includes two guys who aren’t participating this 2019 NFL playoffs but who were contributors in a recent postseason.

Yes, it’s another Packers LTD, this time in the form of Randall Cobb, who follows the likes of Legends middle linebacker Ray Nitschke, Ghosts of Christmas Present Aaron Rodgers and Ghosts of Christmas Future Jaire Alexander who all received LTD items in the last three weeks.

To make matters worse, it’s unlikely anyone but Packers fan will opt to use this card, as 93 Speed and above average receiving stats don’t necessarily add extra value to an item already imbued with a base 500,000 coin price tag that comes with every LTD item.

While Cobb should at some point receive a Power-Up item as a result of this update, it’s a best a solid gadget item for Packers theme teams, who by this point have invested so many cards in LTD items that it simply doesn’t pay to continue to do it. 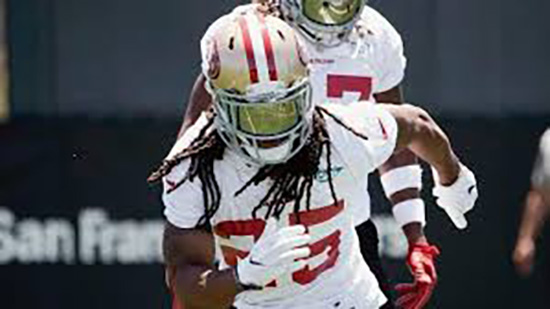 The Jaguars’ Jalen Ramsey is another new Ultimate Team Playoff Performer card to look for. The talented corner was a star for the Jacksonville squad that nearly dethroned Tom Brady and the New England Patriots last postseason.

Ramsey appeared in three games during the 2017 NFL Playoffs. He’d end up with an interception and seven solo tackles, as well as an assisted tackle during that time. Having him roaming the field as AFC QBs tried to connect with their receivers was a major help for the Jags’ run.

Ramsey also gets a 95 overall player card. It includes 90 ratings across the board too. As seen above, his best skills include a 95 Press, 94 Man Coverage, 94 Acceleration, and 93 Zone Coverage. That’s a great addition to your roster if you’re trying to prevent those big passing plays down the field.

The Madden Ultimate Team Playoff Performer cards are available for a limited time. However, they join a fun NFL Playoffs event that is ongoing in the game. Gamers can log into Ultimate Team and complete team challenges for NFL Playoff contender teams this postseason to earn great rewards.

Along with the drop of the LTD items, “special” stream was teased for Sunday at 4:00 p.m. EST. Today you are very lucky because you are in the Cheapest Madden 19 Points store pointssale.com. You can read guides of MUT 19, buy cheap mut points, exchange your idea of playing madden 19 ultimate team mode and sbc.

While EA could go in any number of directions with their content plan, following timelines from past years, the Sunday special is expected to yield some information on the Team of the Year program, which gives a 95-plus overall item to upwards of 24 players at a relatively affordable rate.

For veterans of Madden Ultimate Team, Team of the Year is widely considered to be one of the best promos to improve a lineup on a year-in, year-out basis, and is the unofficial start to MUT Season, which dramatically begins to churn out even higher overall cards.

Madden 19 Classic special: Release Date, Preview Clip, Where to Watch,All You Should Know

myadmin | 4 years ago | No comments yet

Madden 19 Classic special is set to show on Tuesday night, with gamers able to get the inside story on the competition. The special will follow the players over the course of the three-day event that took place in Las Vegas, Nevada. That includes players such as Skimbo, Drini, Blocky, and Musafa Jones among those getting the spotlight.

Participating in Madden tournaments has become a big deal for many gamers out there. The Madden 19 NFL Classic was originally set to launch in October, however, it was postponed in light of the shooting at a qualifying tournament in Jacksonville, Florida.  On Pointssale.com, you can Buy Cheap Madden 19 Points, read professional MUT 19 Guides, and best service.

Later, The Madden NFL 19 Classic officially took place at 1 p.m. ET on December 6 th all three days and run to 9 p.m. it was held in Las Vegas and was streamed on Twitch, YouTube, Facebook and Mixer. Due to the shooting event, The Madden NFL 19 Classic event is closed to the public, as EA explained on the event’s official page, “As we resume competitive Madden tournaments, safety and security is our number one priority. We will have measures to ensure all players and personnel are as safe as possible at the Madden Classic. This is our commitment, for today and the future.”

After rounds of fierce qualifying competitions, finally there were 32 of the best Madden players around battling it out for bragging rights and money. Ultimately, a player, named Michael Skimbo crowned the champion. Of course, he will be profiled among other players in the televised special. 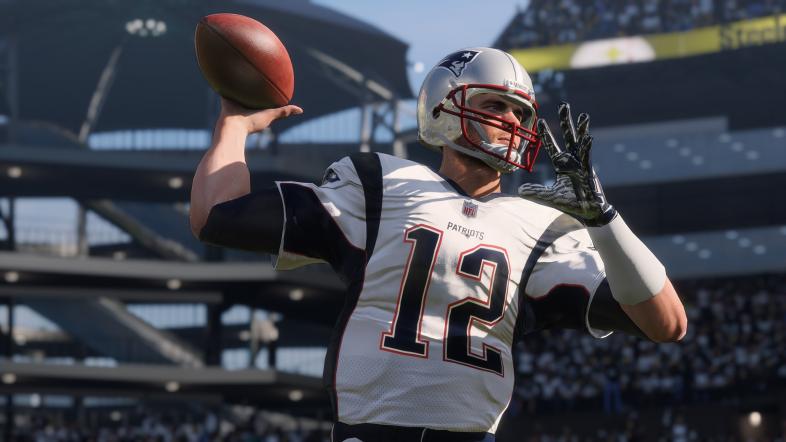 The Madden 19 Classic Special will go on the CW network on Tuesday (Jan. 8) beginning at 9 p.m. Eastern Time. As far as the runtime the special is one hour long. The special will feature inside stories of players over the course of the three-day event that took place in Las Vegas, Nevada.

As for watching The Madden 19 Classic Special show, There are a number of ways to live stream the special online, or it may be possible to watch the special after it is shown. You can check televisions such as DISH Network, DirecTV, and other popular providers.

However, the best bets may be to check CW website, which often provides the previously-shown episodes of their shows. There are also a number of CW apps or set-top TV devices such as Roku, Apple TV, Amazon Fire TV, and more that will allow for watching CW content.

So far, ss a preview of what’s to come, the Madden League Ops Twitter account posted a new video clip on Sunday. In the clip, it shows Joey “Manu” Montefusco in the spotlight. Manu discusses his love of gaming and competitive drive. It provides background on how he developed his love for gaming, how his father plays a part in it, and how he masters each game. That includes the focus game for the special, Madden 19.