5 Things I wish I Knew Before Starting FIFA 18

myadmin | 3 years ago | No comments yet

So, by now you’ve probably fired up FIFA 18 and are eager to start busting nets and breaking ankles (figuratively speaking). If you were thinking the more things change, the more they stay the same then this year’s FIFA might be a shock to the system. There are a fair few differences, so make sure you’re prepared before kicking off: Here are nine things I wish I knew before starting FIFA 18. 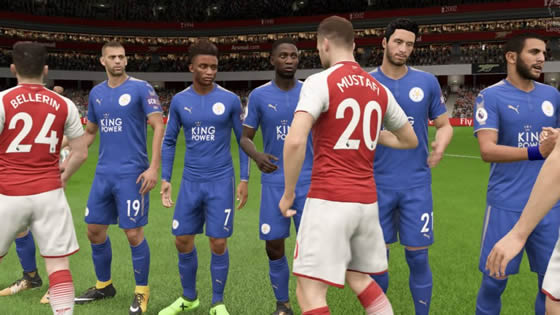 Tackling is already a hard-hitting, contentious issue but those thinking the standing tackle has been made redundant should think again. Sure, the animation for it is a little awkward at first but it’s far more rewarding this year. Namely, because you can use it to poke your leg in at a player whose back is turned to you and nick the ball from between the legs. No more overpowered shielding, no more raging. Perfect.

This sounds obvious but you’ll be surprised at how many overlook it. Don’t be embarrassed: give yourself an online seasons win if you need it, check out the most aggravating celebrations to wind up your opponent and definitely, definitely buy those Ultimate Team coin boosts. You can thank me later.

One of the strangest ‘improvements’ in this year’s FIFA is the stiff response whenever you score a goal, thanks to the highly-strung net tension. The netting, however, can be changed under game settings. Just go to the visual tab and change the net tension to ‘Loose’. It’s not a massive improvement but it’ll make scoring a screamer that bit more satisfying, if not quite as fist-pumpingly good as before.

4. The FIFA trainer is your friend

Whether you’re a FIFA newbie or someone who fondly recalls Song 2 on FIFA 98, the FIFA trainer will be useful to all-comers this year. What began as a very basic tutorial option now has options to see where (through the use of dotted line overlays) your passes should go. It could be an invaluable tool to finding out why your play isn’t working and you’re constantly being intercepted – and it can even be used in instant replays too.

Pro Clubs has been given a very slight makeover when it comes to bulking up your pro’s stats. The RPG-like skill tree may lack the complexities of a fully-fledged adventure game but you’ve still got to be wise with your choices. It’s worth putting in as many points as early as possible into the Physical and Dribbling categories. Physical will give you a handy speed boost and Dribbling will not only improve your close control, but give you access to better skill moves. If nothing else, Pro Clubs is about embarrassing your opponent in front of your mates, so make sure you can do that as quickly as possible.

More FIFA 18 news will update at Mmocs.com, we will provide the cheap fifa 18 coins on PS4 and XBOX ONE for FIFA 18 Ultimate Team!