My NBA 2K18: A Quick Guide to the Playoffs

myadmin | 3 years ago | No comments yet

Winning a championship is what every pro sports team owner dreams about. You can achieve a partial version of that same dream in My NBA 2K18 by taking advantage of the Playoffs mode, which pits your squad of past and former NBA stars against those of 15 other players, with nice rewards in store if you can make a deep run.

Unlike Quick Game or Head to Head modes, Playoffs requires a deeper team: 15 players plus three support cards. For that reason, you may not want to use every card you get for training your starting five, saving some of the better cards you get that aren’t quite good enough to be starters.

Ideally, you have enough players to go three deep at every position, because while you can play any player anywhere, out of position players lose more Energy during the playoffs. That’s an important concept, because you don’t actively play games in the Playoffs but simply manage your lineup between games. Players with less than 100 percent Energy see all their stats drop, so if possible, you want to use Energy cards to make sure as much of your lineup as possible is at full strength. 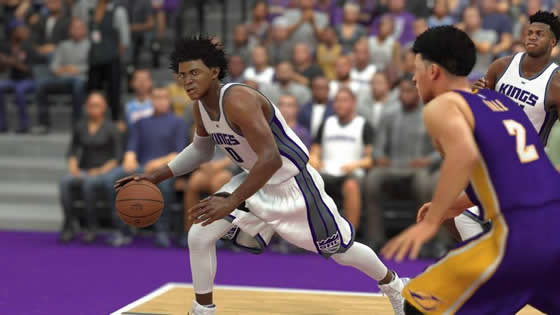 This is where the Playoffs and Quick Game work together, because at the end of every Quick Game, you’ll receive one Energy refill card to use in the Playoffs. To refill a player’s Energy, simply go to the ‘Manage Playoffs’ screen and drag an Energy card onto the player. Voila! They’re ready to go for the next game.

The Playoffs more or less take the place of the Season mode found in previous 2K card games, offering a management mode without the insane time commitment (at least in terms of logging in round the clock) that a full season entailed. There’s really no downside to being involved in the Playoffs as often as possible, because even if you forget to check your team and get bounced in the first round, you’ll still receive some kind of reward.

The only other thing to keep in mind is that you can’t change your Playoffs lineup once the schedule is underway, though you can improve the players you have in your 15-man rotation. Good luck chasing a few rings!

The best website where to buy cheap my nba2k18 rp,quality service and more My NBA 2K18 details, you can find from mmocs.com.

Posted in My NBA2K18