NBA Live May Return in 2017 after all, Ratings Board Suggests

A listing with South Korea’s games-rating board indicates NBA Live is in fact coming to PlayStation 4 and Xbox One this year. The series’ fate on consoles had been questioned since Electronic Arts announced it would miss the traditional October launch for NBA games.

As spotted by Bryan Wiedey of PastaPadre, Electronic Arts has gotten a classification from South Korea’s Game Rating and Administration Committee for The Drive to NBA Live on PlayStation 4 and Xbox One. 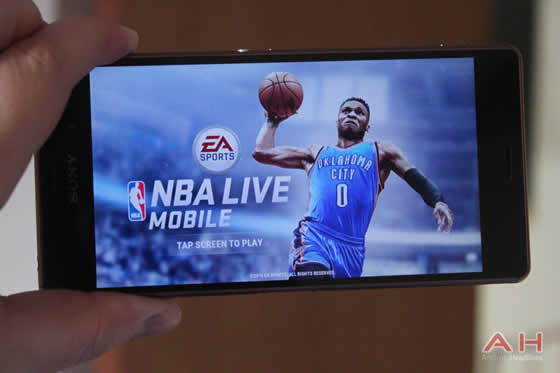 NBA Live, which launched in 2013, 2014 and 2015, skipped the traditional October launch window for licensed basketball simulations. In May, after EA announced Live wouldn’t launch in 2016, many speculated that, if the game returned, it would be as a downloadable title sometime around the NBA All-Star game, which is Sunday, Feb. 19 in New Orleans.

Reached by Polygon, an EA Sports representative declined to comment on the label’s plans for NBA Live.

Since returning with the launch of the PlayStation 4 and Xbox One, NBA Live has been a distant second to 2K Sports’ powerhouse NBA 2K series. NBA Live Mobile, however, has done well for Electronic Arts, and on consoles it is yet another platform through which EA Sports can offer its lucrative Ultimate Team suite of fantasy-sports-and-card-collection games. What exactly The Drive to NBA Live entails remains to be seen, however. In May, the last full edition of the game, NBA Live 16, was put into the EA Access vault of games available to subscribers of the premium service.

0 Comment to “NBA Live May Return in 2017 after all, Ratings Board Suggests”