The most under-the-radar of all EA Sports franchises, NHL has nonetheless been making a name for itself over the last few years due to the sheer depth of content that it offers- so much, in fact, that it can get entirely overwhelming for new players and veterans alike. Add to this the fact that, like all sports simulation games, the mechanics and nuances of NHL 18 can be hard to follow for people on the outside, and you can understand why there might be some needing help.

If that includes you, then you have come to the right place! In this guide, we cover basic tips and tricks, top rated players, earning a lot of coins in the game, a basic guide to the Ultimate Team mode, and a guide to some of the Achievements and Trophies in the game. Okay? So let’s get started! 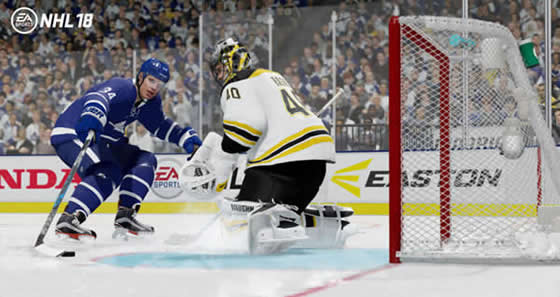 • First things first- the game has an unusual control scheme. If you decide you want to play it, spend some time getting used to it, possibly by playing some matches on a lower AI difficulty.
• Passing is paramount- don’t just hold the puck to yourself, or to one player- pass it around so that it is harder for it to be intercepted
• Use the opposing team to your advantage- take advantage of weak points in their formation, leverage their goalkeeper and defenses for rebounds, and do whatever is necessary to gain an upper hand
•Don’t just play offensively! Sometimes, retreat or defensive plays can net you some points in the long run. Be smart about how you play
• If you play as a goalkeeper, the L2 button is your friend. It will help you line up more precise shots.

Make sure to check out the video below to get some better strategies for performing better at the game, as well.

Dekes have changed substantially in NHL 18, thanks to the franchise’s drive to be ever more realistic and nuanced. This can entail everything, from altered controls for existing dekes to brand new kinds entirely- in the video below, you will find tutorials for every kind of deke in the game. Good luck!

Every EA Sports game has its own variant of the Ultimate Team mode that was pioneered in FIFA. And so does NHL. If you’re a series veteran, or indeed, if you have played any sports game at all in the last five years, you already know what Ultimate Team is, and what it does. If not… well, here’s a quick primer:

• Hockey Ultimate Team lets you build your own fantasy team from players around the world
• Hockey Ultimate Team has a Synergy mechanic- Synergies can either be Players based (so only for players who share a certain trait) or team based (for the entire team). When in effect, they enhance the performance of everyone
• Completing team sets in the game unlock fan favorite players called HUT Heroes
• HUT Legends are even better players you can gain by opening packs, or through the auction house
• Completing sets, participating in competitive seasons, completing Challenges, and opening packs net you new cards, which you can use to build or boost your team, depending on if you get a player card, or if you get an item card
• Booster packs can either be bought with currency earned in game, or with real world money
• Hockey Ultimate Team involves a larger metagame of trying to get higher rated players on your team, as well as using items that can help you gain advantages in games
• Hockey Ultimate Team has multiple different modes you can play- offline matches, online games, competitive seasons, and Challenges.

HOW TO EARN COINS QUICKLY:

Coins are the currency in NHL 18– ordinarily, you ave to grind for these in game, or you can buy them with real world money. That said, there appear to be certain cheats  in game that you can leverage to earn more coins: please keep in mind that these may be patched out at any time. So just because they work now, does not mean that they will work forever.